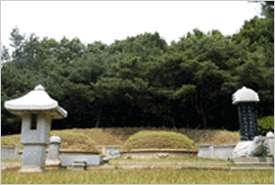 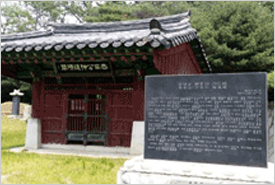 Gongjanggong Byeon Jong-in (1433-1500), a military officer in the early Joseon Dynasty, was born in Heugyang-ri, Bupyeong (Haojeong-myeon, Bupyeong-gun in Joseon Dynasty and present-day Gogang-dong).According to the Annals of the Joseon Dynasty, Byeon Jong-in’s pen name, “Gongjang”, consists of “gong”, which means to courteously serve the king, and “jang”, which means to defeat the enemy and possess a strong will.Stele is a type of a tombstone that reflects the lifetime achievements of the deceased who had retained a government position higher than 2-pum and received a pen name of either "gun" or "gong". Typically, it is installed at the southeastern side of a tomb or the entrance of a tomb facing towards the south. 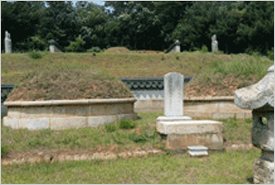 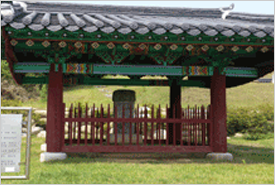 Folklore Heritage No. 2: Grave and Grave Marker of Han Eon

Han Eon (1448-1492), son of Han Myeong-jin and nephew of Han Myeong-hoe, who was a prime minister during the Joseon Dynasty, was a government official in the early Joseon Period who lived in today's Gyesu-dong region.Born and raised with remarkable aptitude, Han Eon won the top place in a government official examination at the age of 22 and even as he rose to a high-ranking position, he never failed to stay humble for which many people praised him.This stele is unique in that it adapted the Chinese style considering the size and form of the stone, which is assumed to have been brought from China along with the corpse of Han Eon who went to the Ming Dynasty as an ambassador of Joseon and died there.This stele for Han Eon is recognized as Local Relic No. 2 and is located in Gyesu-dong. 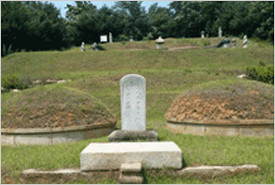 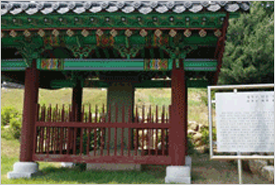 Folklore Heritage No. 3: Stele for Han Jun and His Tomb

A government official of the mid-Joseon Dynasty, Han Jun (1542-1601) began his career as a public official at the age of 24 and was regarded highly by Joseon citizens and barbarians alike for conducting clean, uncorrupted politics.Historical records reveal insights into Han Jun's character. They state, "Despite years of pain due to an illness, Han Jun had no interest in money or fame, so his funeral was rather nondescript with items provided by the country."Located in Gyesu-dong, this Stele for Han Jun is under protection as Local Relic No. 3. 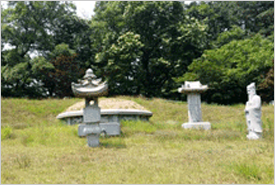 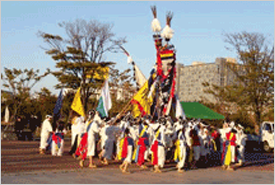 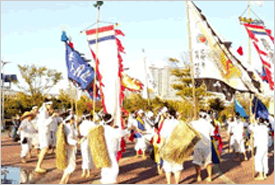 Held on every August 15th in Jung-dong and Sang-dong region, Nonggi Godumari is a folk custom passed down from ancient times in which two villages compete in a Nonggi knockdown match in the spirit of harmony and unity of neighbors and excitement that can help ease the physical and mental fatigue from farming. Nonggi Godumari typically began after weeding finishes in June and, during the first and second weeding sessions, Nonggi, or farming tools, were stuck in rice paddies while nongak musicians played their instruments and arouse excitement from which farmers merrily continued their work.